November 21, 2007
The Virgins and the Grapes: the Christian Origins of the Koran
A German scholar of ancient languages takes a new look at the sacred
book of Islam. He maintains that it was created by Syro-Aramaic
speaking Christians, in order to evangelize the Arabs. And he
translates it in a new way by Sandro Magister

That Aramaic was the lingua franca of a vast area
of the ancient Middle East is a notion that is by now
amply noted by a vast public, thanks to Mel Gibson’s
film “The Passion of the Christ,” which everyone watches
in that language.
But that Syro-Aramaic was also the root of the Koran,
and of the Koran of a primitive Christian system, is a
more specialized notion, an almost clandestine one. And
it’s more than a little dangerous. The author of the
most important book on the subject – a German professor
of ancient Semitic and Arabic languages – preferred, out
of prudence, to write under the pseudonym of Christoph
Luxenberg. A few years ago, one of his colleagues at the
University of Nablus in Palestine, Suliman Bashear, was
thrown out of the window by his scandalized Muslim
students.
In the Europe of the 16th and 17th centuries, mangled by
the wars of religion, scholars of the Bible also used to
keep a safe distance with pseudonyms. But if, now, the
ones doing so are the scholars of the Koran, this is a
sign that, for the Muslim holy book as well, the era of
historical, linguistic, and philological re-readings has
begun.

This is a promising beginning for many reasons.
Gerd-Rüdiger Puin, a professor at Saarland University in
Germany and another Koran scholar on the philological
level, maintains that this type of approach to Islam’s
holy book can help to defeat its fundamentalist and
Manichean readings, and to bring into a better light its
ties with Judaism and Christianity.

The book by “Christoph Luxenberg” came out in 2000 in
Germany with the title “Die Syro-Aramäische Lesart des
Koran” (“A Syro-Aramaic Reading of the Koran”),
published in Berlin by Das Arabische Buch. It is out of
print, and there are no translations in other languages.
But a new, updated edition (again in German) is about to
arrive in bookstores.

Here follows an interview from Alfred Hackensberger with
the author, published in Germany in the newspaper
“Süddeutsche Zeitung” and in
Italy in “L’espresso,” no. 11, March 12-18, 2004:

Q. – Professor, why did you think it useful to conduct
this re-reading of the Koran?

A. – “Because, in the Koran, there are many obscure
points that, from the beginning, even the Arab
commentators were not able to explain. Of these passages
it is said that only God can comprehend them. Western
research on the Koran, which has been conducted in a
systematic manner only since about the middle of the
19th century, has always taken as its base the
commentaries of the Arab scholars. But these have never
gone beyond the etymological explanation of some terms
of foreign origin.”

Q. – What makes your method different?

A. – “I began from the idea that the language of the
Koran must be studied from an historical-linguistic
point of view. When the Koran was composed, Arabic did
not exist as a written language; thus it seemed evident
to me that it was necessary to take into consideration,
above all, Aramaic, which at the time, between the 4th
and 7th centuries, was not only the language of written
communication, but also the lingua franca of that area
of Western Asia.”

Q. – Tell us how you proceeded.

A. – “At first I conducted a ‘synchronous’ reading. In
other words, I kept in mind both Arabic and Aramaic.
Thanks to this procedure, I was able to discover the
extent of the previously unsuspected influence of
Aramaic upon the language of the Koran: in point of
fact, much of what now passes under the name of
‘classical Arabic’ is of Aramaic derivation.”

Q. – What do you say, then, about the idea, accepted
until now, that the Koran was the first book written in
Arabic?

A. – “According to Islamic tradition, the Koran dates
back to the 7th century, while the first examples of
Arabic literature in the full sense of the phrase are
found only two centuries later, at the time of the
‘Biography of the Prophet’; that is, of the life of
Mohammed as written by Ibn Hisham, who died in 828. We
may thus establish that post-Koranic Arabic literature
developed by degrees, in the period following the work
of al-Khalil bin Ahmad, who died in 786, the founder of
Arabic lexicography (kitab al-ayn), and of Sibawwayh,
who died in 796, to whom the grammar of classical Arabic
is due. Now, if we assume that the composition of the
Koran was brought to an end in the year of the Prophet
Mohammed’s death, in 632, we find before us an interval
of 150 years, during which there is no trace of Arabic
literature worthy of note.”

Q. – So at the time of Mohammed Arabic did not have
precise rules, and was not used for written
communication. Then how did the Koran come to be
written?

A. – “At that time, there were no Arab schools – except,
perhaps, for the Christian centers of al-Anbar and
al-Hira, in southern Mesopotamia, or what is now Iraq.
The Arabs of that region had been Christianized and
instructed by Syrian Christians. Their liturgical
language was Syro-Aramaic. And this was the vehicle of
their culture, and more generally the language of
written communication.”

Q. – What is the relationship between this language of
culture and the origin of the Koran?

A. – “Beginning in the third century, the Syrian
Christians did not limit themselves to bringing their
evangelical mission to nearby countries, like Armenia or
Persia. They pressed on toward distant territories, all
the way to the borders of China and the western coast of
India, in addition to the entire Arabian peninsula all
the way to Yemen and Ethiopia. It is thus rather
probable that, in order to proclaim the Christian
message to the Arabic peoples, they would have used
(among others) the language of the Bedouins, or Arabic.
In order to spread the Gospel, they necessarily made use
of a mishmash of languages. But in an era in which
Arabic was just an assembly of dialects and had no
written form, the missionaries had no choice but to
resort to their own literary language and their own
culture; that is, to Syro-Aramaic. The result was that
the language of the Koran was born as a written Arabic
language, but one of Arab-Aramaic derivation.”

Q. – Do you mean that anyone who does not keep the
Syro-Aramaic language in mind cannot translate and
interpret the Koran correctly?

A. – “Yes. Anyone who wants to make a thorough study of
the Koran must have a background in the Syro-Aramaic
grammar and literature of that period, the 7th century.
Only thus can he identify the original meaning of Arabic
expressions whose semantic interpretation can be
established definitively only by retranslating them into
Syro-Aramaic.”

Q. – Let’s come to the misunderstandings. One of the
most glaring errors you cite is that of the virgins
promised, in the Islamic paradise, to the suicide
bombers.

A. – “We begin from the term ‘huri,’ for which the
Arabic commentators could not find any meaning other
than those heavenly virgins. But if one keeps in mind
the derivations from Syro-Aramaic, that expression
indicated ‘white grapes,’ which is one of the symbolic
elements of the Christian paradise, recalled in the Last
Supper of Jesus. There’s another Koranic expression,
falsely interpreted as ‘the children’ or ‘the youths’ of
paradise: in Aramaic: it designates the fruit of the
vine, which in the Koran is compared to pearls. As for
the symbols of paradise, these interpretive errors are
probably connected to the male monopoly in Koranic
commentary and interpretation.”

Q. – By the way, what do you think about the Islamic
veil?

A. – “There is a passage in Sura 24, verse 31, which in
Arabic reads, ‘That they should beat their khumurs
against their bags.’ It is an incomprehensible phrase,
for which the following interpretation has been sought:
‘That they should extend their kerchiefs from their
heads to their breasts.’ But if this passage is read in
the light of Syro-Aramaic, it simply means: ‘They should
fasten their belts around their waists.’”

Q. – Does this mean the veil is really a chastity belt?

A. – “Not exactly. It is true that, in the Christian
tradition, the belt is associated with chastity: Mary is
depicted with a belt fastened around her waist. But in
the gospel account of the Last Supper, Christ also ties
an apron around his waist before washing the Apostles’
feet. There are clearly many parallels with the
Christian faith.”

Q. – You have discovered that Sura 97 of the Koran
mentions the Nativity. And in your translation of the
famous Sura of Mary, her “birthgiving” is “made
legitimate by the Lord.” Moreover, the text contains the
invitation to come to the sacred liturgy, to the Mass.
Would the Koran, then, be nothing other than an Arabic
version of the Christian Bible?

A. – “In its origin, the Koran is a Syro-Aramaic
liturgical book, with hymns and extracts from Scriptures
which might have been used in sacred Christian services.
In the second place, one may see in the Koran the
beginning of a preaching directed toward transmitting
the belief in the Sacred Scriptures to the pagans of
Mecca, in the Arabic language. Its socio-political
sections, which are not especially related to the
original Koran, were added later in Medina. At its
beginning, the Koran was not conceived as the foundation
of a new religion. It presupposes belief in the
Scriptures, and thus functioned merely as an inroad into
Arabic society.”

Q. – To many Muslim believers, for whom the Koran is the
holy book and the only truth, your conclusions could
seem blasphemous. What reactions have you noticed up
until now?

A. – “In Pakistan, the sale of the edition of ‘Newsweek’
that contained an article on my book was banned.
Otherwise, I must say that, in my encounters with
Muslims, I have not noticed any hostile attitudes. On
the contrary, they have appreciated the commitment of a
non-Muslim to studies aimed at an objective
comprehension of their sacred text. My work could be
judged as blasphemous only by those who decide to cling
to errors in the interpretation of the word of God. But
in the Koran it is written, ‘No one can bring to the
right way those whom God induces to error.’”

Q. – Aren’t you afraid of a fatwa, a death sentence like
the one pronounced against Salman Rushdie?

A. – “I am not a Muslim, so I don’t run that risk.
Besides, I haven’t offended against the Koran”

Q. – But you still preferred to use a pseudonym.

A. – “I did that on the advice of Muslim friends who
were afraid that some enthusiastic fundamentalist would
act of his own initiative, without waiting for a fatwa.” 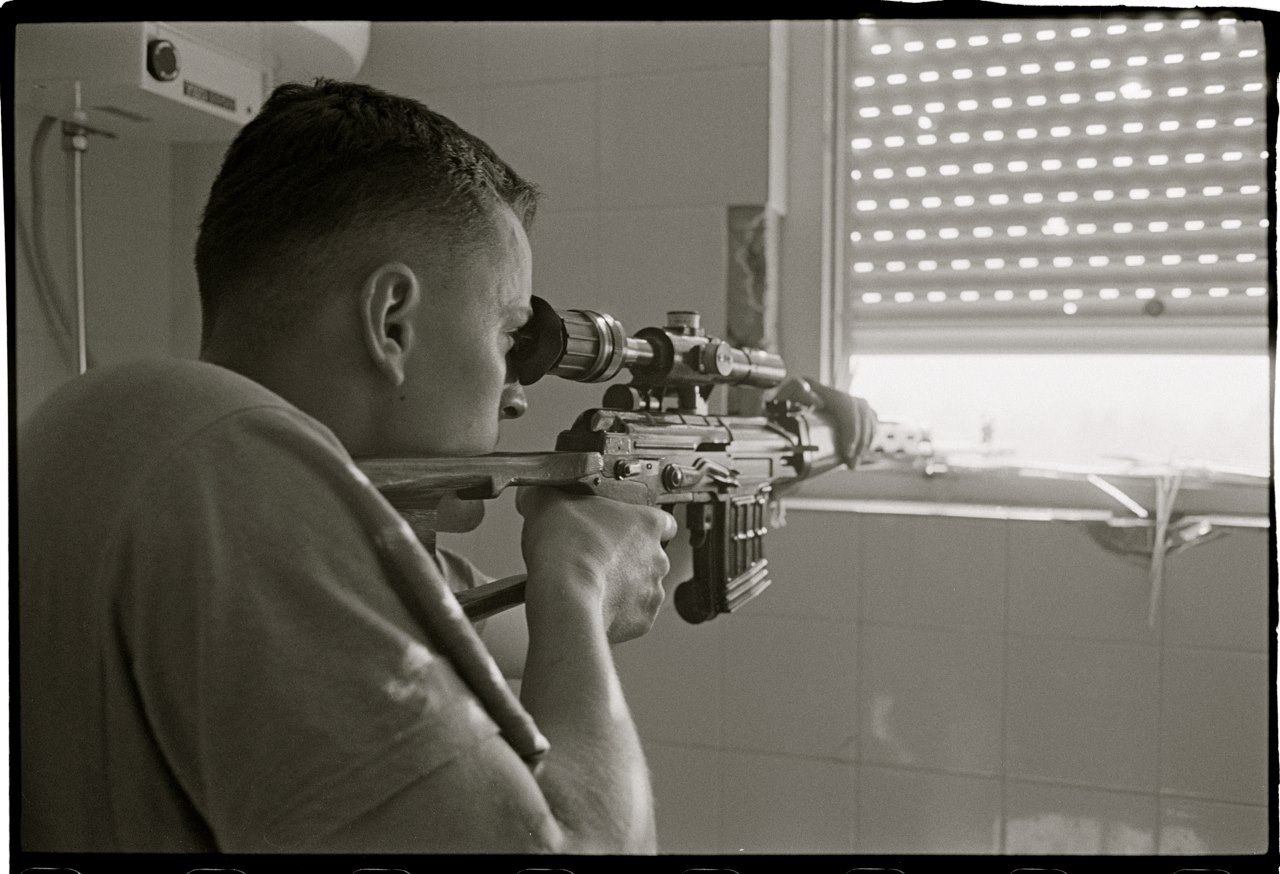